Chablis, although nearly 100 kilometres north of Dijon and being close to the Champagne area and one hour from Paris, is still considered as part on the Burgundy wine region.

Despite what certain people may think, Chablis is indeed a Chardonnay grape. It has been cultivated in this region for nearly 15 centuries. Yet we find the name Chablis used around the world to describe any kind of cheap, white (and sometimes red!) wine: New York state, California and Hunter Valley in Australia. With Chablis being a protected name, as of quite recently, you should no longer find the name Chablis used outside of Burgundy, France. However…old habits die hard unfortunately.

The climate in Chablis is similar to that of Champagne, with particularly frosty winters which can be a very big problem and have been known to wipe out entire harvests! The soil make-up is of the Kimmeridgian clay and chalk kind. Over 150 million years ago this area used to be an ocean and even now, shellfish fossils can still be found. They say that this is why the mineral rich soil makes for great, crisp, flinty chablis..

Monks brought chardonnay grapes to the region as a whole in the 9th century and the Chablis wines were being exported around Europe as early as the 14th century.

The Chablis region is made up of four appellations. The lowest is the “Petit Chablis”, which are from vineyards either at the top of the hill or at the bottom, where it is coldest. These are nevertheless very drinkable wines, especially in their youth.

Next is “Chablis”, covering around 11,000 acres and principally on south-facing vineyards. As with any Burgundy wine, the saying of “know your winemaker” rings true. There are some great Chablis from excellent wineries…but you need to know their names. Here you’ll experience the true minerally / flinty expression of Chablis. This information will be provided in a later chapter.

Going one step further up the ladder, you have “Chablis Premier Cru” covering 1900 acres and about 40 vineyards. These can be found on either side if the Serein river ither facing the south west or south east. Here you can find some of the best “value-for-money” Chablis. Of course these wines are not cheap (around 25€ a bottle), they are both mineral and fruity and can age up to 10 years. The most famous vineyards are La Montée de Tonnerre, Les Fourchaumes, Le Mont du Milieu, Les Vaillons.

At the top of this classification lies the “Chablis Grand Cru”. Covering 250 acres and 7 vineyards, these are the best Chablis can provide: Les Grenouilles, Les Vaudésirs, Les Preuses, Les Vaumur, Les Clos, Les Bouguerots, Les Blanchots. These have the best fruit expression, are full-bodied and can be cellared from 10 to 20 years.

Chablis has a very distinctive style. It is a very light yellow/green colour when young and turns a slightly darker yellow with ages and expresses some fresh  apple & citrus fruits as well as its famous flinty (almost metallic) flavours.

Do be careful when choosing your vintage and estate. The best soil is Kimmeridgian as opposed to Portlandian chalk which is similar but not as good. Bad years and bad soil can lead to flabby and dull chablis, so be careful.

I think that 1er Crus and Grand Crus should be left a few years to get maximum enjoyment. If you have good cellar conditions and time to spare, some of these Chablis, preferably in magnums, can be a true delight – refined and elegant.

It pairs ideally with seafood, especially salmon with squeezed lemon, pasta and even some poultry dishes.

A true Chablis is a pure delight. I have listed some of my favourite estates in following posts… 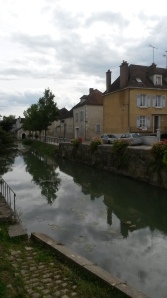 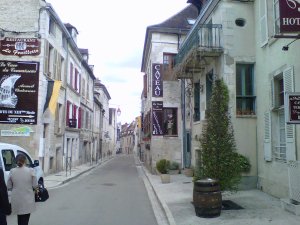 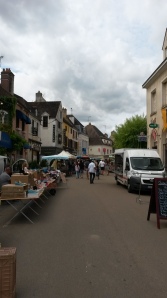